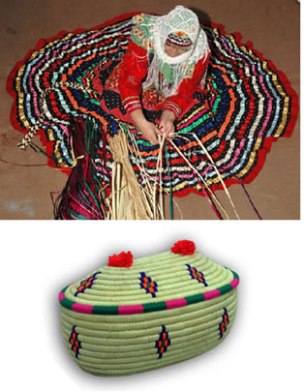 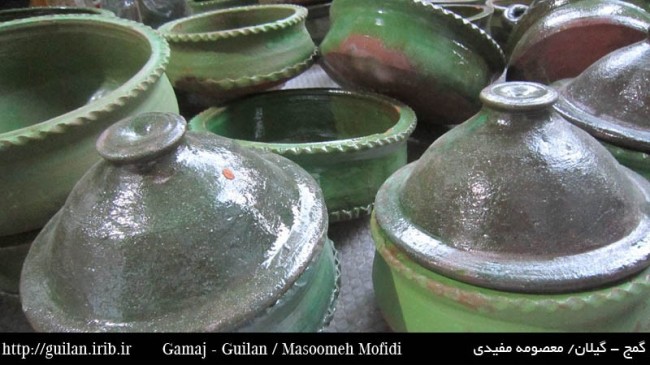 In the first section of this article, we become familiar with the art of pottery in Gilan Province. The majority of researchers and archeologists believe that the art of pottery has originated in Iran and has spread to other regions of the world from this country. It is one of the most ancient productive activities of mankind. It is said that the pottery industry took shape almost 10,000 years ago.

The American Iranologist, J. Glock, who has traveled to different regions of Iran to study the art of pottery, has written that: In Gilan, all women are engaged in pottery. The men prepare the mud and supply ceramic works to local markets at the final stages. The works of pottery of Gilan Province are unique and highly interesting. What has made the creation of these shapes possible is the quality of local clay. The products are light; and flexible mud is prepared at low temperatures.

It’s noteworthy that the products of art of pottery in Gilan Province are highly diverse. They can be divided into two groups. First are the products which are used by people as everyday necessities. These items are mass produced. The second group is the products which are decorative in nature and further talent and artistic taste has been invested in their production.

One of the features of products of pottery in Gilan Province is the lack of glaze. The Gilani potters often don’t use glaze, to make their works original. In cases which they deem as necessary, they use green glaze, which is compatible with the nature of this ever-green province.

Currently, pottery is common in the majority of regions of Gilan Province, especially Laahijaan, Roudsar, Langeroud, Rasht, Talesh, Astara, and Siaahkal. In this region, pottery is an age-old tradition, which dates back to several thousand years ago.

Due to the thick forests in Gilan Province, wooden logs are at hand. Hence, numerous beautiful handicrafts are made in this province. Woodwork is one of the common regional arts. In this art, wooden logs are cut and shaped, leading to production of flower vase, ashtrays, cane, and a number of other items. Also, with the usage of chainsaws, small wooden pieces are prepared to be used as covers, glued to the wooden bodies. In this manner, a large number of items, including photo frames, and ashtrays are made. Meanwhile, note that wooden handicrafts are not limited to the mentioned cases.

Felting is one of the other ancient handicrafts of Gilan Province. This industry has long been common in Gilan, such that today felting is considered as one of the indigenous industries of Gilan Province. Felt which is made of compact wool has numerous usages and is used in clothes, and hats. Felts are used more often at Gilan Province. The most important reason behind the usage of felt is its resistance against humidity, which is rooted in the features of its raw material, being wool. The continuous rainfalls and high humidity of Gilan has led its residents to mainly use felt for clothes. Villagers and farmers of Gilan Province use clothes made of felt as a means of protection against rainfall and cold weather.

One of the locations in which the beautiful handicrafts of Gilan Province are presented is this province’s markets. These markets are permanent, seasonal, and weekly in nature, each of which maintain their special traditions and customs. Meanwhile, these traditions are based on the cultural and religious beliefs of people.

The markets are held throughout the week in different regions; throughout which indigenous products are supplied. What distinguishes Gilan markets from other markets of Iran’s central provinces is the type of goods produced and supplied by villagers, at appropriate prices.

In the local markets of Gilan Province, different kinds of vegetable, citrus fruits, olive, squash, fish, rice, chador, woolen socks, and yogurt are at display for the public. Among these markets, the market of hand-woven goods in Maasouleh; olive in Roudbaar, and fish in Anzali and Rasht are well-known; and all tourists visit these markets to buy their goods.

Also markets are held for pilgrims of Holy Shrines, on a number of specific days throughout the year. The rising needs of people have led to promotion of weekly markets.

One of the important points in regard to weekly markets is the role played by local women in them. Women also sell goods in these markets, including vegetables, hand-woven items, livestock and food products; such as chicken, eggs, milk, and yogurt. The tourists who visit these markets are astounded by the wide range of goods supplied in them.

By englishmediacoverage in Islam on April 21, 2013.
← Iran Your Attractive Destination (6) Messengers of Peace, Prophet Mohammad (SAWA) and Jesus (AS) →